Anger is a person 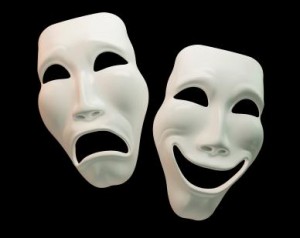 How many times have you encountered an angry person, I mean a very angry person, and thereafter felt like you’ve met a stranger? You cannot reconcile both faces as the same person. That is the face of the sane individual and the face of the insane one, you refuse to believe that these two people, though poles apart, are actually one and the same.

How many times have you been angry and in the aftermath loathed yourself for being such a monster? You play back the moments and you wonder, ‘Was that me? How did I get there?’ You feel naked and ashamed. Somewhat like the mad man of Gadara. Exposed and bleeding with self inflicted wounds. In a brief moment we lose our minds… and inevitably ourselves.

I think that by nature we are bipolar when it comes to anger. And only those who have learned to tame this second personality are the truly sane ones among us, and blessed are those who are never given to anger. Proverbs 27:4 says, “Wrath is cruel, anger is overwhelming but who can stand before jealousy?” Three different personalities. Three different manifestations. All addressed as individuals. But you have power over them all. You were created in God’s image. So yes, you can overcome everyone of them.

Proverbs 25:28
A man who does not control his temper is like a city whose wall is broken down. — HCSB

← The darkest darkness lingers just before the dawn The distress Psalm →