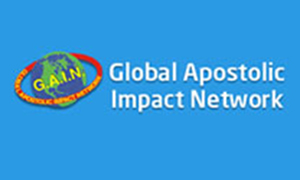 GAIN metamorphosed over the years from a group with local influence to one that now has global influence. It started in 1992 as Association of Independent Ministers (AIM) and then metamorphosed progressively to Association of Interdependent Ministers; then Apostolic Network Africa (ANA), then Global Transformation Network (GTN) and now Global Apostolic Impact Network (GAIN).

GAIN is a network of Christian leaders and Entrepreneurs who hold strongly to the doctrine of Christ and share the same purpose, manner of life and love for the kingdom of God in line with the vision received from God by the founder, Dr. ‘Tunde Bakare. GAIN is an organization made up of Church Ministers, Entrepreneurs, and Corporate Professionals who are in a covenant relationship, making inputs to one another and working together with a common vision to maximize the end-time harvest. Members of the network, while fulfilling their individual God-given mandate, seek to work collaboratively from their various Ministries, Churches, Kingdom Businesses and Establishments through genuine covenant relationships with one another towards the fulfilment of God's ultimate purpose.

The network exists to enthrone Jesus Christ as the King and the Lord in the centre stage of people's life. It seeks to prevent past blunders from destroying future destinies by working towards raising men and women of integrity and ensuring that proper scriptural perspectives and patterns are upheld. GAIN aspires to build a fascinating mosaic of Apostolic Christianity upon the face of the earth, to proclaim God's Kingdom, Power and Glory, and to make ready a people prepared for the coming of the Lord Jesus Christ. (Luke 1:17) Essentially, its members offer hope to those who have fallen, strengthen those who are weak, and encourage those who are in the forefront of the battle to extend the frontiers of Christ's kingdom on earth.